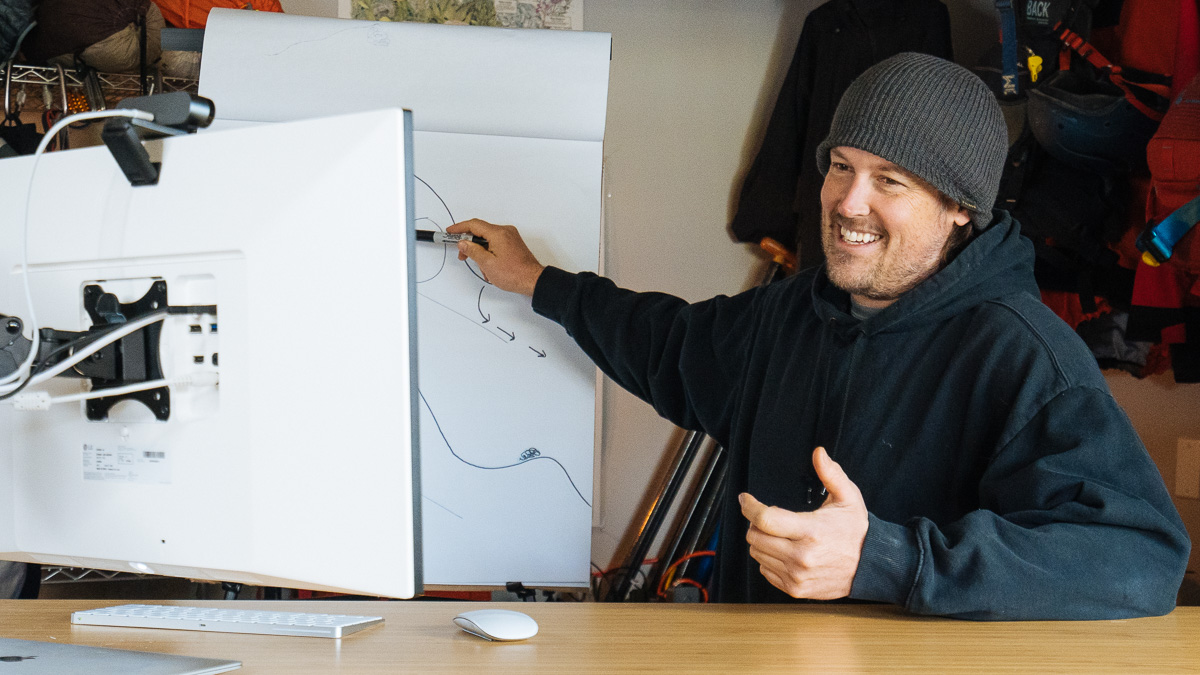 We love river training and are excited to offer virtual instruction and coaching. In these sessions the owner Zach Collier can instruct, chat, and provide demonstrations through video conferencing.

Afterwards Zach can provide comprehensive lists, menus, diagrams, etc that we use for our trips via email.

Zach is the Owner of Northwest Rafting Company, a multi-day outfitter that runs trips on the Middle Fork of the Salmon, Rogue, Illinois, Chetco, and Owyhee Rivers. In addition, NWRC offers international trips including their popular excursions to Bhutan.

He began kayaking in 1994 which led him to become a river guide in 1997. From 1999 to 2003 he worked as a high school and community college teacher while guiding in California and Idaho in the summers. In 2004 he was hired to run ECHO River Trips which led him to starting his own outfitting business in 2009.

Zach enjoys both teaching and whitewater which led him to begin offering rowing schools for private boaters in 2008. Since then he has built Class III and Class IV Rowing School programs to improve rowing skills and team safety. He is also a level 4 raft guide and safety kayak instructor for the International Rafting Federation.

Can I get a refund if I'm unhappy with my purchase?

If you are unsatisfied with your coaching, reach out to us to see if your purchase is eligible for a refund.

How do I schedule my appointment?

Upon purchasing coaching, you'll receive further instructions on how to book a time for your appointment.

Can I purchase coaching more than once?

Absolutely! If you find yourself in need of coaching more than once, simply purchase the coaching again.